It all seems to be very much broken, or on the verge of breaking apart. The systems, morality, humanity, just about everything, over the attempts to handle the pandemic. A post on my thought at this time of this whole mess.

What is the most apparent to me is the complete, total chaos, in that, how people everywhere seem to be making the governments responsible for whatever is happening. If lockdowns, then for the lockdowns, if deaths, then for the deaths. I am rather neutral in this, at least in several countries it seems to me that the government (UK) does what a government reasonably could do about this.

This is just not such a crisis where the government could really do a whole lot. The behaviour of the virus itself is still largely unknown, belonging to such a group of viruses which before didn't cause too much trouble, for which we have no real means of control, neither any plan on handling a crisis of this magnitude. There is no telling of what the future could bring, and if anyone could tell anything, that's the relevant sciences, working hard on producing mitigations and possible solutions. Not really the governments.

At least the most certainly not a democratic one with such people who have severely conflicting views on what should be done. Some rightfully worried about the deaths, which do happen, and do impact those severely to whose families such misfortune befalls, some others the economy, the loss of jobs, and the consequences of those, which too could wind up causing even deaths. And some more just turning insane over the months, locked into such an environment which proceeds driving them nuts.

I am in this third group, never getting to have a car and living alone. The lifestyle of using mass transit to visit friends, join groups for volunteering and such became impossible overnight, essentially locking me out of any chance for real life social interaction beyond my job since this began. For many others it is a whole lot worse.

I believe the problem really is unfortunately with the people, probably a very large share of them, with very inconsistent expectations, gone desperate wanting to get back to normal, not following directives properly, and accusing the governments who are really incapable of doing much beyond coming up with rules to follow in order to minimize spread. They can't get healthcare up to this task overnight, not even in years, it is a lot of work. And then with the healthcare system overwhelmed, people will start dying. Of covid and of everything else.

There is no apocalypse here, at least in regards of the raw numbers. The virus is just too weak to cause any significant effect, mostly taking away people who are weakened otherwise, and having a higher likelihood to die of other causes anyway. The real problem is really how it is handled, not by the governments, rather by the people themselves.

To realize they should give up on their conflicting expectations. This problem won't be just magically solved for them.

It will stay, the effect depending on what the whole of the population ends up doing. Open up, keep things going, then healthcare is overwhelmed and there will be deaths (of covid and of everything else). Lock down and people start losing jobs, becoming unable to pay rent or mortgage, losing home, mental issues due to this or the environment into which they are locked in, suicides surging, long-term problems building up due to crippled economy, the gap between rich and poor becoming even the bigger.

Assuming the government tried to do something at all (in the UK I feel everywhere that's at least there), in my opinion it is about the best to try to follow, at least to ensure that in overall the population moves somewhat together in the mitigation.

And to understand it is a mitigation.

There is no magic. This happens, it came, and won't go away, until the relevant sciences come up with means towards getting rid of it.

They are working on it. 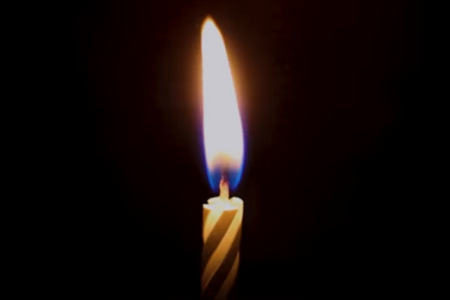