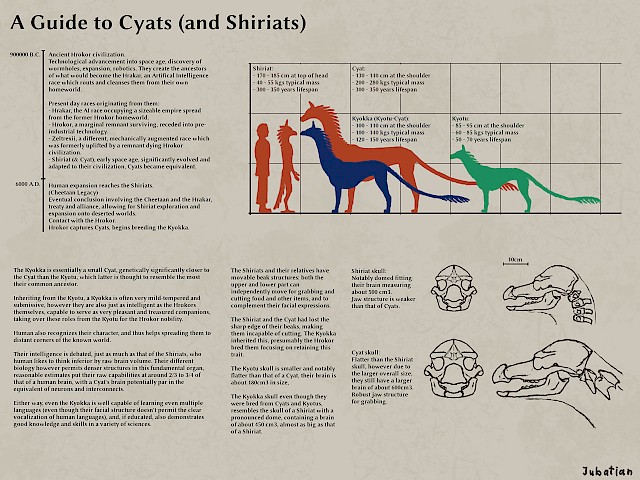 A guide to the varieties of Cyats, the companion creatures of the Shiriats.

For an idea how they look like, here is one, slender, long-limbed elegant quadrupeds with quite some intelligence crammed into their small heads. The Cyat actually has a bigger brain than even the Shiriat who supposedly bred their ancestors to be their equivalents.

Otherwise even the Cyat is a timid, dependent creature, appreciating the care of their Shiriat friends.

The Kyotu on the other hand remained to be a doglike subordinate companion of the Hrokor, in some parts even kept as cattle, them regarding Kyotu meat as a special delicacy. No wonder the Cyats aren't too happy about learning how they got to somehow capture a few of their kind to interbreed them into what became the Kyokka.